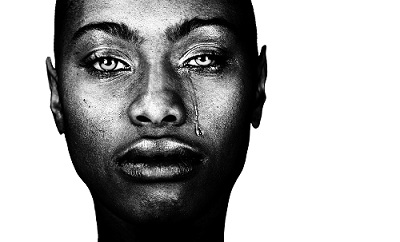 Taxi services in Trinidad and Tobago seem to be a nightmare waiting to happen. This article is not for the faint-hearted, however it is a realistic overview of what has been happening in Trinidad and Tobago throughout the years. It is also one of the main reasons we decided to create PinkCab in the first place. Proceed with reading at your discretion, but never close your eyes to the truth.

A Freeport taxi driver was arrested just hours after being accused of raping a woman who was a passenger in his vehicle. The victim, a 32-year-old woman from Enterprise, got into an H-taxi with the driver and one other passenger at St. Mary’s Junction.

She was heading to her job at Arena Road, Freeport. After dropping off the other passenger, the taxi driver took her to a bushy area near the Sir Solomon Hochoy Highway and raped her. Then drove to another bushy area in Preysal, where he assaulted the victim again. He tied the woman up, bound her mouth and placed her in the trunk of his vehicle.

In the same month an 18-year-old woman of Caroni, was robbed and raped. The victim reportedly boarded a maxi taxi at Busy Corner in Chaguanas at around 4pm and sat at the back of the bus. Upon reaching La Clave Street in Montrose, the man who’d been sitting next to her, told the young woman that he had a gun. He warned her against raising an alarm, indicating that he would kill her.

She told police that she gave the man $20 after he demanded cash from her, he then demanded that the driver stop the vehicle at John Street in Montrose where he used the cash to pay for both himself and the victim.

The young woman told police that she was taken to some bushes near John Street where she was robbed of her gold chain worth an estimated, $1200 after which she was raped and ordered to perform other sexual acts.

A 70-YEAR OLD man, father of 8 children, appeared before court, charged with the sexual assault of a 12-year old girl.

The part time taxi driver was accused of sexually penetrating the child on April 1. This was hardly the first assault. It was the first one he got caught for though.

A 21 year old woman robbed, abused and about to be abducted

In the same month a 47-year-old was nabbed in a Maxi Taxi last Thursday after he attempted to rob and abduct a 21-year-old woman.

The 21-year-old woman who was in a red band Maxi Taxi heading East near Cane Farm Tacarigua was accosted by the suspect who posed as a passenger.

The man robbed the woman and pointed a gun at her, saying that if she raised an alarm he would shoot her. The woman reported that the man assaulted her. The man, who was wanted for three rapes in the Central division was taken into custody after she managed to jump out of the vehicle and report to the police.

Woman drugged, choked and raped in a Taxi

A 39-year-old taxi driver was released after maintaining that he had consensual intercourse with a woman that claimed that he choked her until she became unconscious and then raped her. They also alleged that she had initiated the sexual activity after they consumed a sexual stimulant together.

In the same month a taxi driver of Ojoe Road, Sangre Grande was arrested for the sexual assault of a 15-year-old girl. Apparently the girl knew the driver personally and that is why she felt comfortable with him before the assault took place.

The woman said that she had entered a vehicle with three men to be taken to her home in Central Trinidad, but she was actually taken to a dark area off Perseverance Road, Chaguanas, where she was raped by one of the men.

The men then ordered the woman back in the car and they continued driving. Upon reaching another dark area in Freeport, police were told, the woman was raped by one of the other men in the vehicle. She was then ordered back into the vehicle again, and dropped off in Chase Village.

We also looked into past years and the reality is still grim and gruesome.

In 2017 a Jamaican woman in Trinidad and Tobago has reported being raped by a taxi driver.  (source)

In 2016 a PH taxi dri­ver attempted to rape a fe­male Spe­cial Re­serve Po­lice (SRP) con­sta­ble at gun­point. She told po­lice she was the lone pas­sen­ger and the dri­ver went to the near­by ser­vice sta­tion for fu­el. In­stead of tak­ing her to the polling sta­tion, he took her to a se­clud­ed area in South Oropouche where he put a gun to her head and raped her. (source)

And even back in late 1996 the Inter Press Service News Agency reported that “Some drivers and operators of the maxi taxis are widely believed to be chief instigators of drug abuse and sexual activity among young school girls.”

And all of these are only cases that have been reported and are known by the police. It is widely known that the shame of sexual abuse often causes women to hide the disgusting truth in order to avoid being further shamed by friends, family and community. Imagine how many cases of abuse and rage different man have gotten away with.

PinkCab is focused on the empowerment and safety of women. With specialised features designed for women and children to have the most comfortable rides, we aim to improve lives through job creation, safe transportation and financial security.

We offer a premium rideshare service for getting around town, to daycares, nurseries and kindergartens, shopping and business centers, events around town and home with enhanced security features that keep our riders safe including:

PinkCab is driving women towards safety and empowerment.

PinkCab Rideshare is a platform for women and children – Reliable and Secure.

Our service is focused on the empowerment and safety of women. With specialised features designed for women and children to have the most comfortable rides, we aim to improve lives through job creation, safe transportation and financial security.